When it comes to outdoor adventure, Maui wins best in show. Just check out that zipliner launching into a canopy of green. Or the mountain biker hurtling past eucalyptus and pine. Hikers have it darn good too, with trails winding through lava flows and bamboo forests. Along the coast, surfers barrel through waves, windboarders skim across whitecaps and snorkelers glide beside green turtles.
And we haven’t even mentioned Maui’s most iconic adventures – all of them flanked by once in a lifetime back drops. Along the Road to Hana, lofty waterfalls plunge into shimmering pools. A mesmerizing sunrise illuminates the cindery summit of Haleakala. And the view from Makena Bay?  Downright sublime in winter when kayakers share the sea with frolicking humpback whales.
Top notch restaurants and lodging enhance the island’s natural charms. From food trucks to white linen dining, eateries embrace local food and its traditions. Resorts wow guests with impeccable service and prime seaside locations.

In February 2016 I did Backroads’ Maui and Lanai hiking tour.   Below is a rundown of the hiking trails we did on Maui and Lanai.

Maui day 1- Our first hike was on the King’s Trail, known locally as Hoapili Trail. The route traverses Maui’s southern coastline through patches of kiawe woodland, barren lava formations, and beaches scattered with white coral. The hike is also a perfect cultural introduction to the island as you weave your way between important archaeological sites and secluded beaches. The hike is 4.4 miles with 300′ elevation gain. 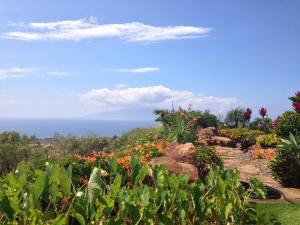 Maui day 2- Haleakala National Park
According to local legend, the demigod Maui imprisoned the sun here to lengthen the days, giving the park its name; Haleakala is Hawaiian for “house of the sun”. The park features the dormant Haleakala Volcano, which last erupted sometime between 1480 and 1600.
You begin your hike winding downhill through native scrub on the way to the famed Haleakala crater, with breathtaking views of the Keanae Valley. The route takes you past flora and fauna endemic to the area- the endangered nene goose can be seen darting between native silversword plants that can only be found within the park boundaries. There is a hiker’s cabin that makes a good stop for lunch, where you can take in the stunning views of Haleakala’s rugged slopes and the solitude of the pristine wilderness. The silence inside the crater … Is indescribable.
The Sliding Sands Epic Hike is 10.9 miles with 2000 feet elevation gain. 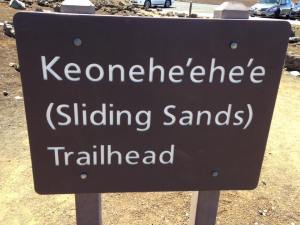 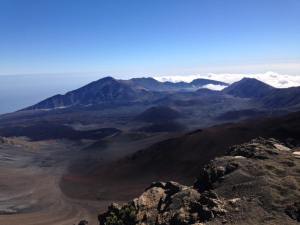 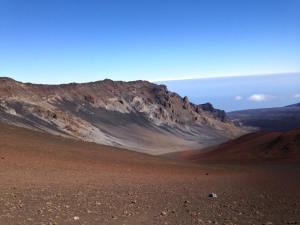 Maui day 3- Today we hiked one of Maui’s best kept secrets, the Waihee Ridge Trail in the West Maui mountains. After a short steep climb, you walk through a lush landscape of giant ferns, strawberry guava, eucalyptus, and red ohia lehua, the islands’ most common native tree. As you exit the dense forest, you can see stunning Makamakaole Falls in the distance. You can hike up farther for vistas that illustrate exactly how Maui got its nickname, “The Valley Isle.”
The final stretch takes you up to Lanilili (“Small Heaven”) Peak, whose name is no exaggeration. Here, on a clear day, you’re greeted with 360 degree views of the shimmering Pacific, Wailuku and, clouds willing, Haleakala peeking through the mist.
This hike is 4.5 miles with 1500 feet elevation gain. 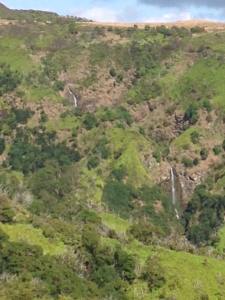 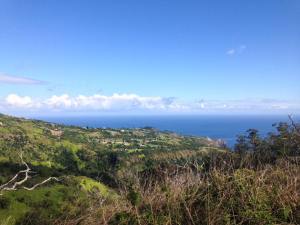 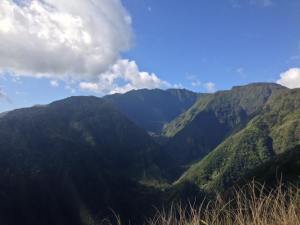 In the afternoon we moved on to the island of Lanai.  There is a ferry that leaves from the harbor in Lahaina and it takes about an hour to get over to Lanai.  On the ferry ride we saw several humpback whales in the distance.

Although Lanaʻi is the most central of the Hawaiian Islands (on a clear day you can see five islands from here), it’s also the least ‘Hawaiian’ of the islands. Now closed pineapple plantations are its main historic legacy, and the locals are a mix of people descended from immigrant field workers from around the world.  There are only about 3,300 people living on the island.

Its signature (imported) Norfolk and Cook Island pines give the island a feel that could just as well come from a remote corner of the South Pacific. And therein lies the charm of Lanaʻi, a small island (at its widest point only 18 miles across) that’s an off the beaten path destination. Hidden beaches, archaeological sites, oddball geology and a sense of isolation let you get away from it all, without going far.

Of course, looming over Lana‘i is billionaire owner Larry Ellison, who is determined to transform the island, even if the details change by the week.

The first trail we tackled on Lanai was the Naha trail-
This off the beaten path hike is a descent down to an ancient trail once used by King Kamehameha and his troops. Along the way you can see axis deer and mouflon sheep and take in the breathtaking views that reveal themselves in the crisp desert air. If you stop once in a while you can see humpback whales breaching out in the ocean. After reaching the ocean, you continue along the shaded coast and around the east shore to a historic beach, where you can stop for lunch under the shade of palm trees.
The hike is 7 miles. 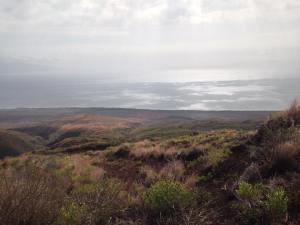 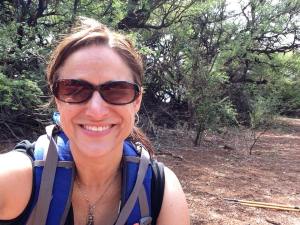 Lanai day 2- The Koloiki Ridge Trail – 4.5 miles, 1100′ elevation gain
As you climb through groves of guava, ironwood and kukui trees, you may see axis deer. There are more deer than people on Lanai! There are 6000 some deer and 3300 people. When you reach the Koloiki ridge, the landscape opens up to reveal stunning views of Naio Gulch and Maunalei Valley.

Lanai day 3- Fisherman’s Trail – 2.5 miles, 700′ elevation gain
My final hike on the island of Lanai took me along the shores of Hulopoe Beach on a trail once used by ancient Hawaiian fishermen. I hiked by historical sites and Pali (steep sea cliffs). 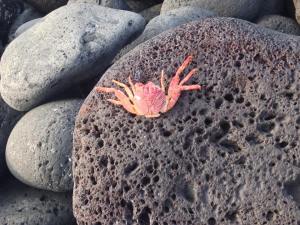 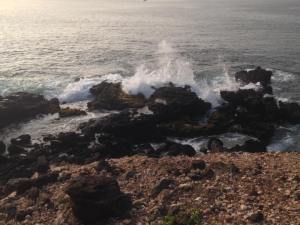 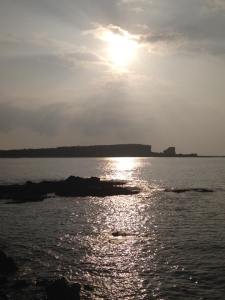 Standing 80 feet tall, Puu Pehe—also known as “Sweetheart Rock”—is one of Lanai’s most recognizable landmarks. It is also the setting for one of Hawaii’s most enduring legends.

The story goes that a ravishing young princess from Maui, was captured by a young warrior from Lanai. He took her as his wife and brought her back to his home island. He was so stricken with her beauty that he was afraid to let other men see her, and thus he confined the princess to a sea cave near the rock.
One day, as the warrior was away, the weather suddenly changed drastically, and the raging surf began to pound this side of the island. The warrior rushed back to the cave, but it was too late: His beloved Puu Pehe had drowned. Heartbroken, he retrieved her body and, with the help of the gods, climbed the steep rock island, where he buried her in a tomb. Overcome with grief, the warrior then leapt off the rock to his death.

Since traveling from Georgia to Hawaii is such a long way, I decided to stay on 4 more nights in Maui after my hiking trip ended.  There is so much to do there!  If you are ever in Maui, here are a few things not to be missed.

Unless you do not plan on leaving your resort, you will need to rent a car.  People drive slowly, safely, and courteously on the island.  Not like Atlanta! 🙂

If you are there during January through March, go on a whale watch excursion. I recommend Lahaina Cruise Company.  You can actually see whales breach right from the beach, or the road, but on these boats they try to get closer.  I saw 3 whales including a baby, very close to the boat, so close that I could see the white on it’s pectoral fin. One swam under the boat!  In those moments I gave up on trying to get a good picture, and just enjoyed the moment. 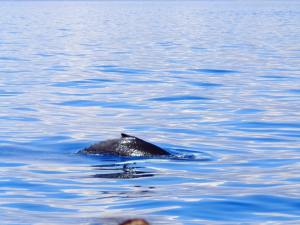 Soak up the rays or watch a sunset at Big Beach, Makena State Park. 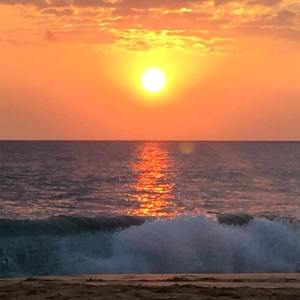 Catch an EPIC sunrise at Haleakala National Park.  Make sure you get there about an hour before the sunrise time.  The sky starts its show then.

Go on a snorkel or scuba excursion.  There are several options as there are so many beautiful reefs there.  The one I did was Turtle Point with Alli Nui Charters- http://www.aliinuimaui.com

Turtle Point offers Maui’s largest coral reef system nestled in the protected bays at the base of the West Maui Mountains. The caverns and ledges in the coral and lava, as well as the lava fingers nearing the surface create the perfect habitat for sponges, corals, octopus, fish, eels, and shrimp. The highlight of this reef is the number of Green Sea Turtles that gather here to be “cleaned” by fish known as the Hawaiian Cleaner Wrasse.

This is by far the best snorkeling outing I have ever been on.  They had snacks, open bar, modern snorkel gear that works, a rinse off shower, clean bathrooms, and friendly staff including a professional photographer.

Maui has many great places to eat. Some of my favorites were Mama’s Fish House in Paia, Cafe Mambo in Paia, and Down the Hatch in Lahaina.

The view from Mama’s Fish House