Yosemite is the jaw-dropping head-turner of USA national parks. From the waterfall-striped granite walls buttressing emerald green Yosemite Valley to the skyscraping giant sequoias catapulting into the air at Mariposa Grove, the park’s natural beauty will leave you awestruck.  People come from all over the world to hike and climb here.  While on the trails we met up with lots of visitors from Europe, Australia, and even Israel!  Last week I had the pleasure of hiking there for 6 days with Backroads (www.backroads.com).

Day 1- Lewis Creek Trail Route- 4.2 miles
On Sunday morning I got my first glimpse of the Sierra Nevada, a region that captivated John Muir with its “glorious floods of light” and “irised spray of countless waterfalls.” My first hike was on the Lewis Creek National Recreational Trail. It is a mostly downhill route that follows an old lumber flume to the 80 foot cascade of Corlieu Falls. When the 54 mile long flume was in use between 1900 and 1931, over a billion board feet of lumber were carried from the Sugar Pine Lumbar Company mill to the San Joaquin valley town of Madera.  To see larger and better views of the pictures in this post, click on the first image and tab through the gallery. 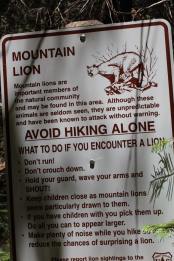 A warning about wildlife

Today’s hike was in the Sierra National Forest along the border of Yosemite, a region rich with history of early pioneers, settlers and loggers.  We followed rarely traveled logging roads and hiking trails through deep forest and rolling hills to reach the Nelder Grove of giant sequoias. The trail was called Graveyard of the Giants.

Today was a full day of exploration in Yosemite National Park.  Covering 1,170 square miles, the park is about the size of Rhode Island, yet most visitors only spend time in Yosemite Valley, an area 7 miles long and, at its widest point, 1 mile across.  Sculpted over millions of years by geologic activity and the movement of glaciers, Yosemite has inspired artists including famed photographer Ansel Adams, who immortalized Half Dome, El Capitan and Bridal veil Falls.  Today’s hike was the Panorama Trail.  It begins at Glacier Point which is at an elevation of 7000 feet, with panoramic views of Yosemite Valley and majestic Half Dome reaching skyward.  The trail goes from Glacier Point, past Nevada falls, all the way down to the valley floor.

The view from Glacier Point

In the morning we learned more about the natural and cultural history of Yosemite with a guided walk with a naturalist from the Yosemite Conservancy.  The walk went around the Valley Loop Trail, and we saw Upper and Lower Yosemite Falls.  Combined, these waterfalls stand at 2,425 feet, making Yosemite Falls the fifth-largest waterfall in the world.

In the afternoon some of us did another short hike called El Capitan meadows route. 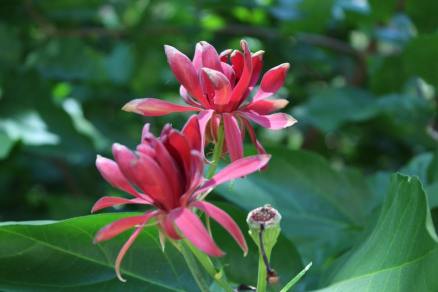 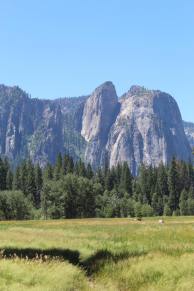 We headed to Tuolumne Meadows, the largest subalpine meadow in the Sierra Nevada.  Sitting at 8,600 feet, this area was created by a glacier more than 2,000 feet thick and two and a half miles long!  Our walk started crossing 2 forks of the Tuolumne River, past granite domes, alpine lakes and deep canyons.  The trail continued through the forest to the base of Lembert Dome, a huge mound of polished granite rising 800 feet above Tuolumne Meadows.  It’s an impressive sight from a distance, but for the best vantage point, we tackled the steep climb to the top- the endless views were well worth the effort! 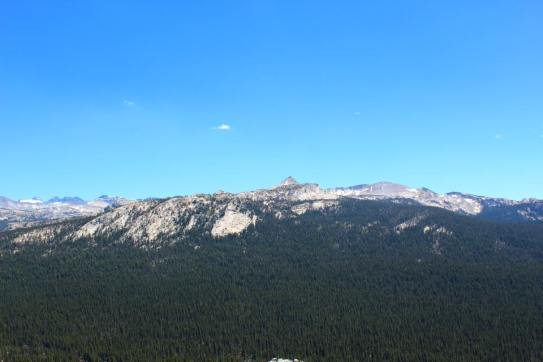 Our final hike skirted the south fork of the Tuolumne River amid towering old-growth Douglas firs.  We made our way to secluded Carlon falls, whose two tiers cascade 60 feet into the chilly rippling pools below.